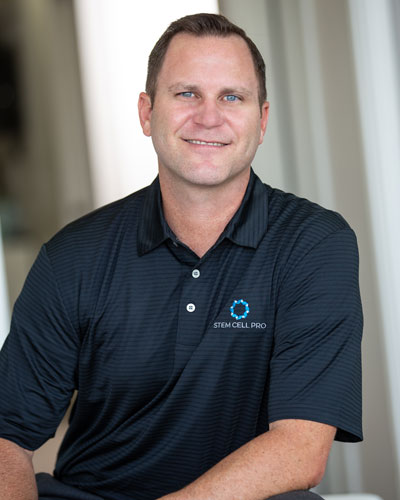 Dr. Ferguson has always had a passion for helping people. He told his parents at 10 years old that he wanted to be a chiropractor and never deviated from that decision until he accomplished his goal 16 years later.

He graduated from Parker University in 2007 and immediately opened his own practice in Chandler Arizona. He has been involved with more than 7 clinics since then and he is always looking for new and better ways to help patients get real results.

Dr. Ferguson married his high school sweet heart in 2001 and they have 4 boys. He loves playing golf and basketball as much as possible. His ultimate goal is to help as many people learn the power that comes from stem cell therapy and other natural regenerative therapies that help patients avoid drugs and surgery.